I was so thrilled to see our picture for June's "Picture Inspired" theme at Quoth the Raven, Nevermore Challenge!  When I first began this journey of falling in love with Poe, yes love!, my son bought me a compilation of all his works with short biography and said he had a movie for me to watch about Poe.  It is the movie that this picture depicts!  I loved it and was in tears when Poe met his end.  The movie explored Poe's mysterious death in a fictional way offering a possible reason for his never explained death.  So as not to give to much of a spoiler alert for those that would like to watch it and I suggest you do as it is enthralling! I will just explain parts of my literal inspiration from the pic.

Poe is sitting on a park bench (made from popcicle sticks painted black and misted with a silver spray paint) under a bare winter tree with the last remaining drop of poison in a bottle on his lap and black (although they photographed brown!) raven feathers falling gently from the sky. The ground is covered in the raven's feathers and some dried gardenia flowers from my yard which are a requirement for a Southern garden to reflect his Southern background.  And some stretched gauze pads draped here and there to indicate death.

Poe, himself, is made from a circle of flesh felt with a tiny bit of stuffing and then glued to yet another popcicle stick.  Then is body was built from his knotted tie which I made of lace, and his coat and cloak, and then two more, yep you guessed it! popcicle sticks covered with fabric and glued and then cut apart for his legs which after gluing him to the bench were tucked under his cloak. His hair is wool roving and the back of his head even has his slight balding appearance. Lastly, I added a scarf for his neck not wanting the poor dear to be cold!  He is faceless as to put a face on him would have taken the mystery, the complete misery he faced in this decision, the blankness of his own face when found away from this. So I have droned on long enough, here he is from beginning to end...I mean finish! 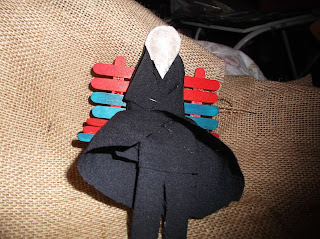 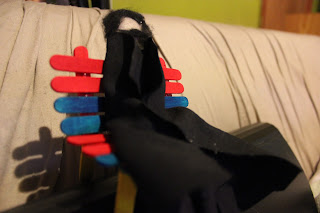 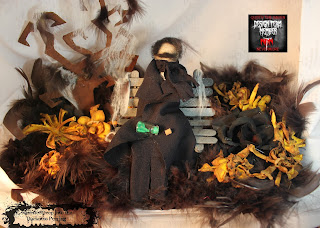 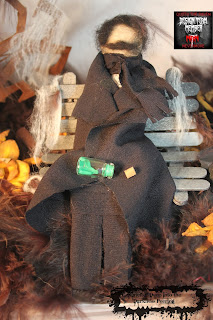 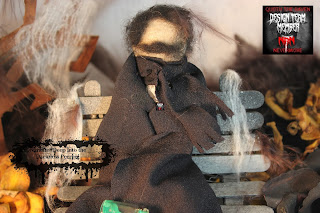 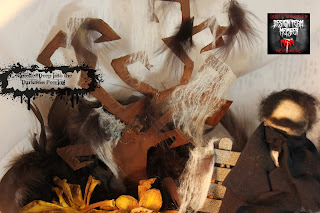 Now it is you turn to go to Quoth the Raven, Nevermore Challenge Blog
and enter challenge #45 "Picture Inspiration"!  You can take anything
from the pic that inspires you but it must contain a strong
reference to Poe as this blog is dedicated to this
literary genius!  You have until the end of June to play so no
excuses about time!  We look forward to seeing your interpretation on
this picture!
Happy Crafting! 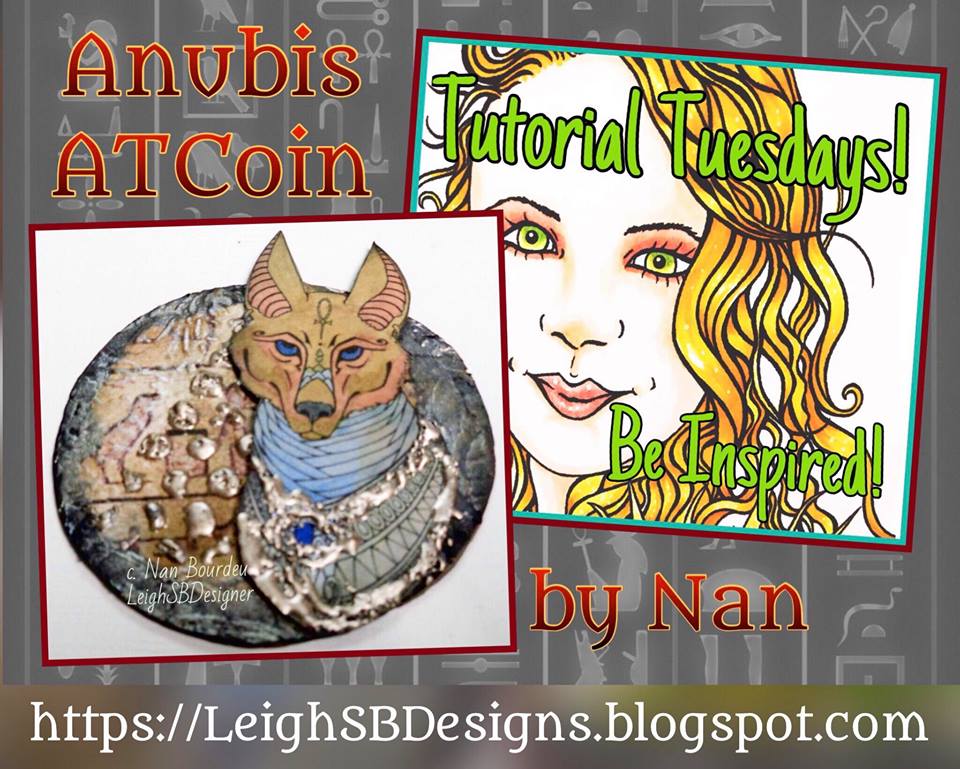 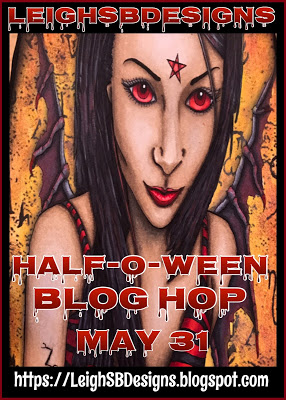 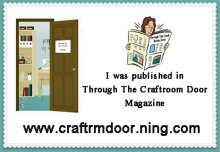 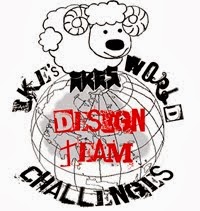 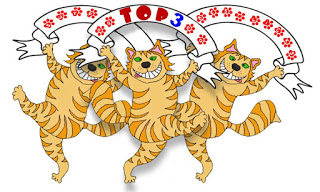 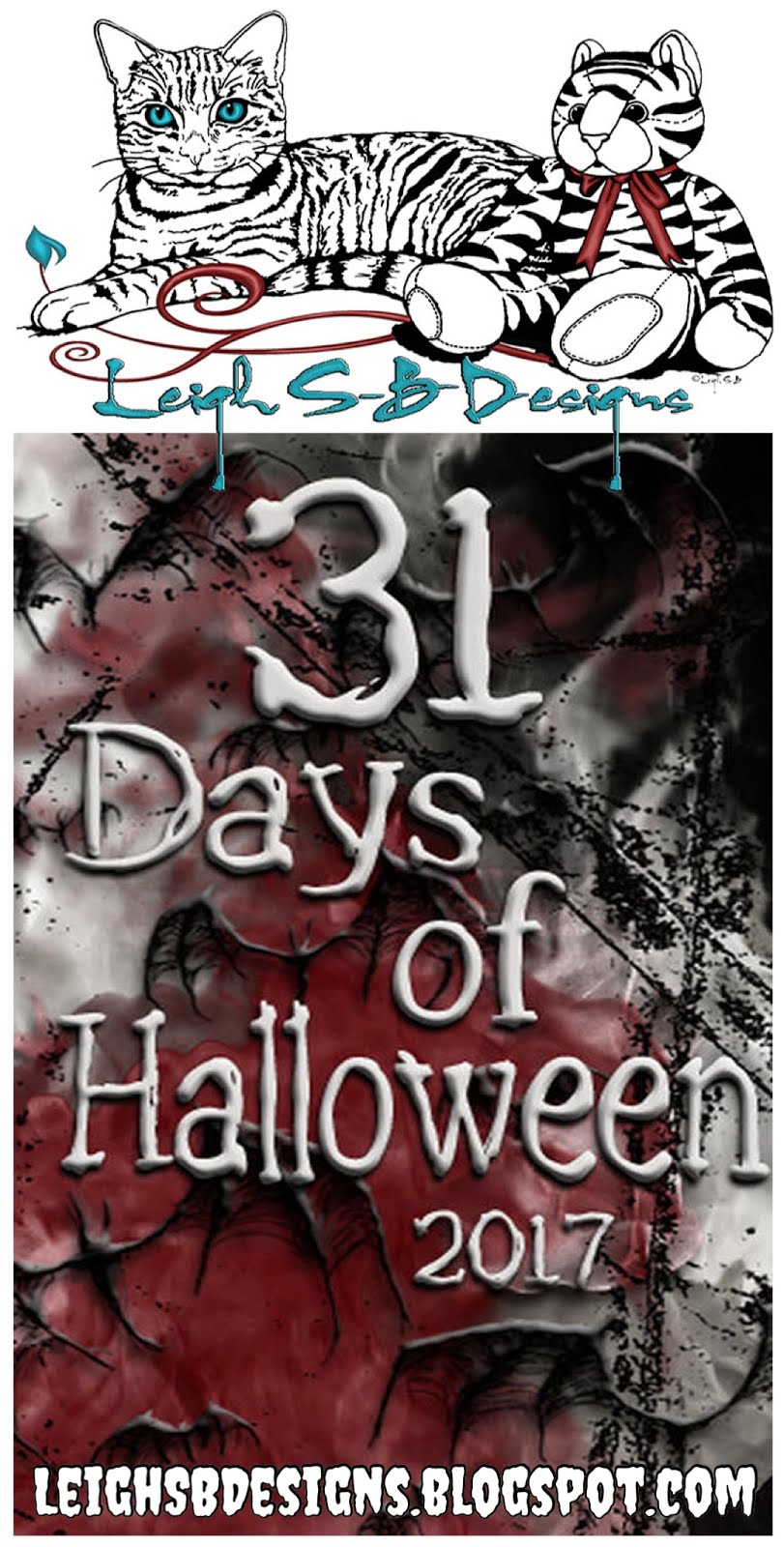 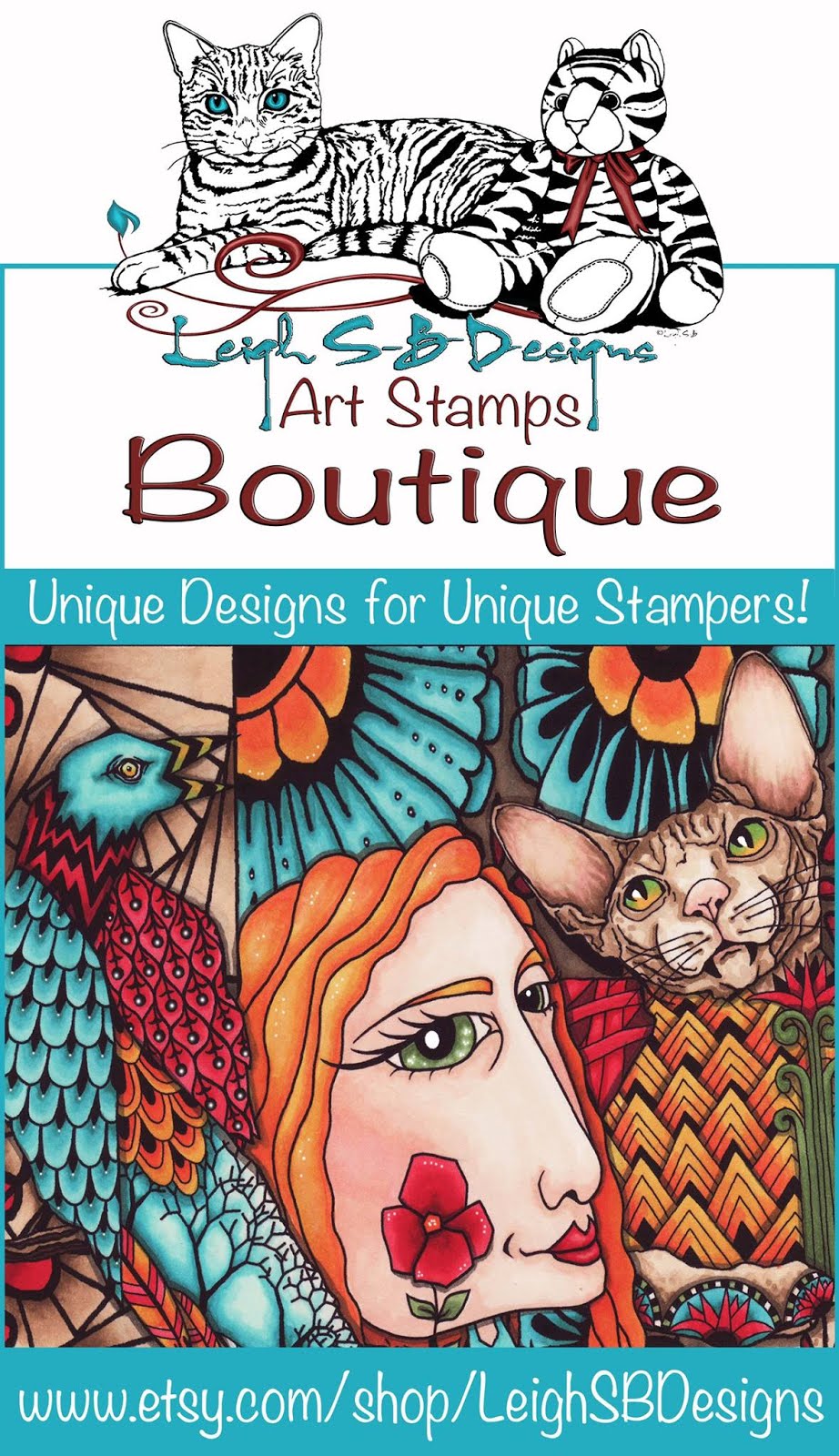 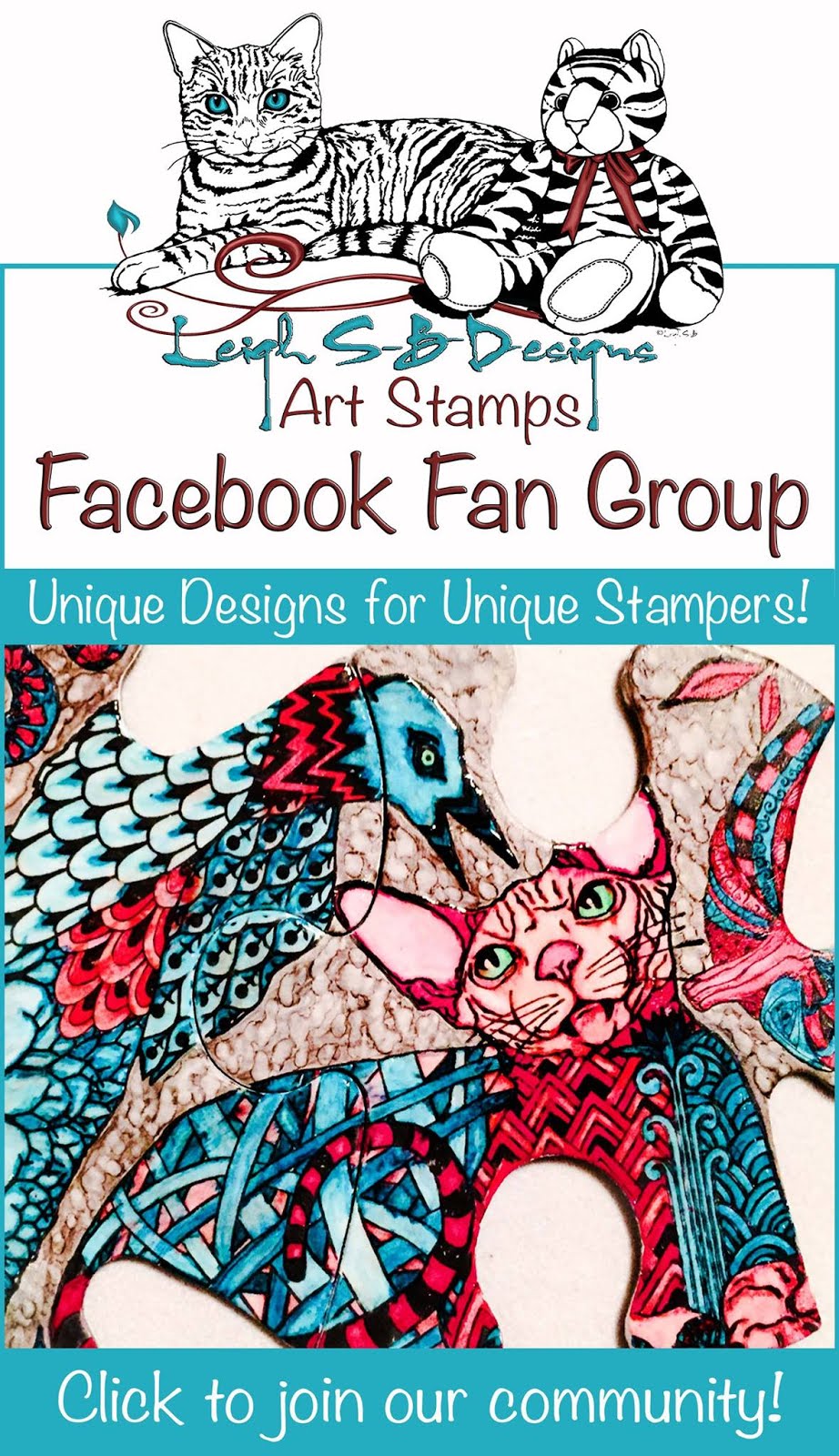 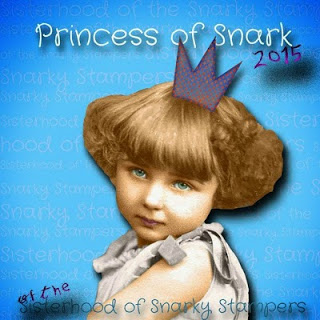 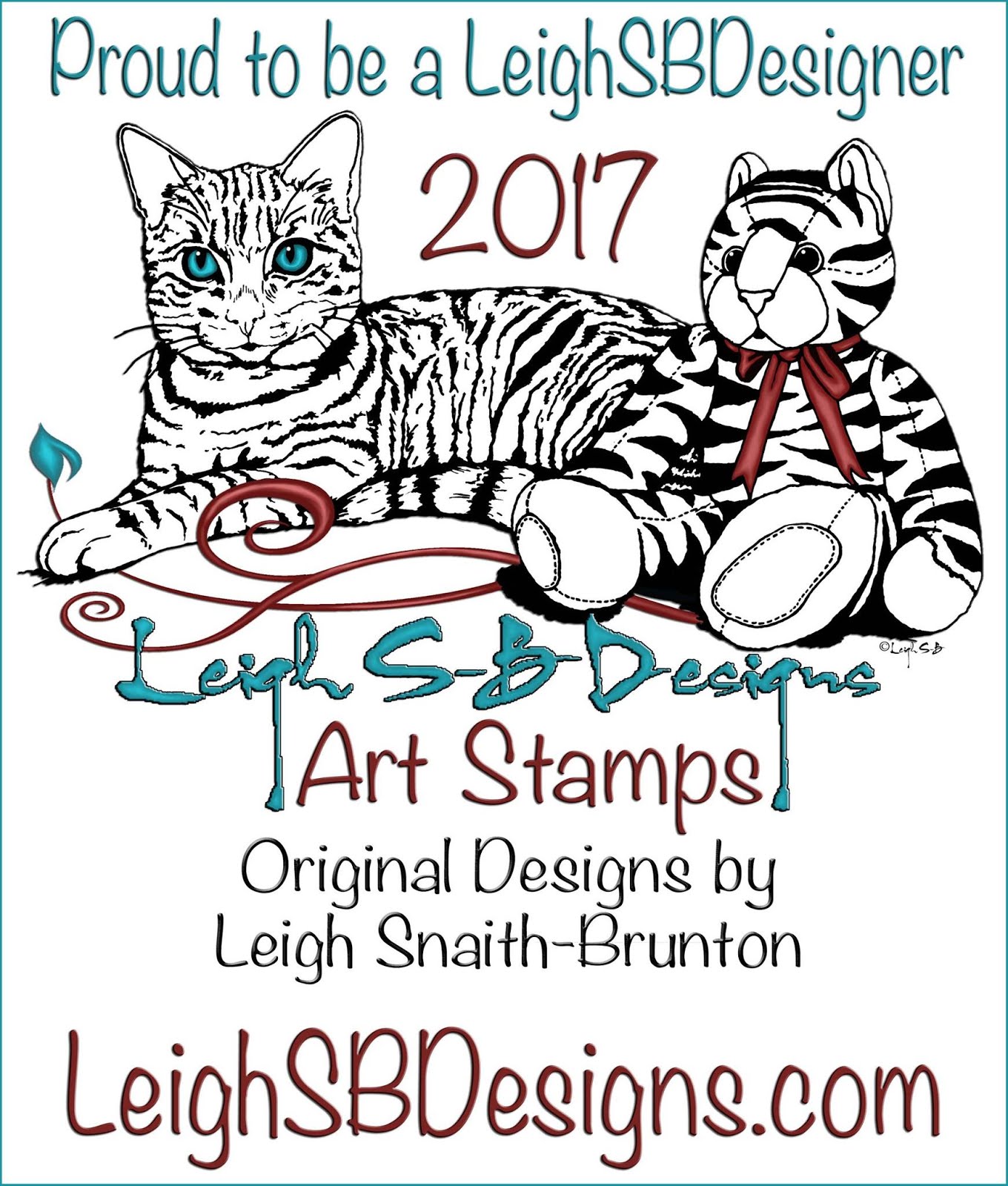 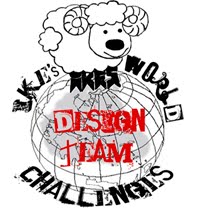 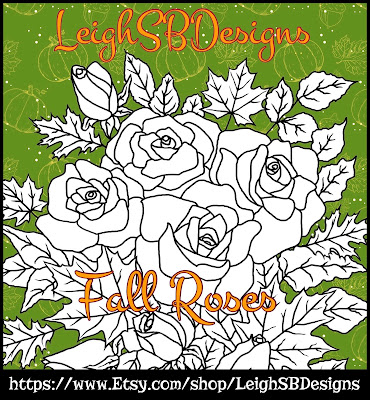